FoRVan is very proud to announce the speakers for the FoR Vancouver Symposium 2017:

Keynote speaker Dr. Terry Thomas completed her PhD in cell biology at the University of British Columbia in 1983. She switched her research focus to stem cell biology in 1986 when she joined the Terry Fox Laboratories in Vancouver, British Columbia where she invented specific labeling reagents to enable purification of cells from mixed populations such as blood and bone marrow. In 1994, Dr. Thomas joined STEMCELL Technologies, then less than 1 year old, to head the Research and Development department. Under her leadership, the R&D department has grown from 2 employees to more than 200 employees today. Dr. Thomas has 28 publications in refereed journals, published 11 book chapters and 639 abstracts.  She is also a co-inventor of 14 US patents and has negotiated 139 license agreements. When Dr. Thomas was promoted to Senior Vice President, R&D in 2011 she added corporate initiatives and corporate strategy to her existing responsibilities of product development, intellectual property and licensing. Recently she has been promoted to Chief Scientific Officer and has added strategic marketing to her responsibilities.

STEMCELL Technologies, Inc. is a privately-owned biotechnology company based in Vancouver. STEMCELL provides reagents, instruments and protocols to support leading-edge life sciences research around the world.

Keynote speaker Professor Santa J. Ono became the 15th President and Vice-Chancellor of the University of British Columbia on August 15, 2016. As a professor of medicine and biology, Professor Ono’s research encompasses the immune system, eye inflammation and age-related macular degeneration – a leading cause of blindness. Before coming to UBC, Professor Ono was the president of the University of Cincinnati, becoming its first Asian-American president. Previously, he served as the University’s Provost and Senior Vice President for Academic Affairs, and also held appointments at Emory University as the Senior Vice Provost and Deputy to the Provost. He was recently recognized by the American Council on Education with an award that honours individuals who have demonstrated leadership and commitment on a national level to the advancement of racial and ethnic minorities in higher education. Inside Higher Education also named him America’s most notable university president in 2015. Professor Ono works tirelessly to enhance the student experience, and is a strong advocate of student health and well-being.

Liisa Galea is a Professor in the Department of Psychology, and a member of the Centre for Brain Health and Neuroscience Program at the University of British Columbia. Her research investigates how sex hormones influence brain health and disease in both females and males, examining the influence of sex and sex hormones on normal and diseased brain states such as depression and Alzheimer’s disease.  Dr. Galea obtained her Ph.D. in Neuroscience from the University of Western Ontario in 1994 and was a postdoctoral fellow at the Rockefeller University in New York City until 1996. Dr. Galea is a Distinguished University Scholar, has held a Michael Smith Senior Scholar Award, an Natural Science and Engineering Research Council (NSERC)- Discovery Accelerator Supplement, Cattell Sabbatical Award and won the Vancouver YWCA Women of Distinction award (Technology, Science and Research). She was recognized as a Fellow at International Behavioral Neuroscience Society (IBNS) and the Kavli Foundation. Through her career to date, Dr. Galea has successfully published over 130 scientific papers in peer-reviewed journals. She has also served as editor for several journals, and is the chief editor of FiN (Frontiers in Neuroendocrinology). Dr. Galea serves on a National Institute of Health (USA) peer-review study section and has served on peer review panels for the major federal agencies: Canadian Institutes for Health Research (CIHR) and NSERC. She has held operating grants from CIHR, NSERC and Alzheimer Society of Canada. 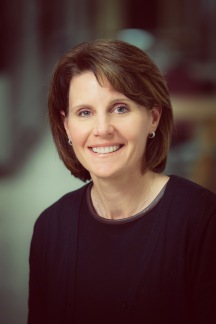 Dr. Lara Boyd is a Professor in the Department of Physical Therapy, at the University of British Columbia. She is a Neuroscientist and Physical Therapist. Dr. Boyd directs the Brain Behaviour Lab at the University of British Columbia and has published over 100 peer-reviewed papers. Her work is centered on answering the question of what limits, and what facilitates, neuroplasticity and learning in the brain.  Dr. Boyd also serves as the Health Research Advisor to the Vice President for Research at UBC and is UBC’s delegate to the Canadians Institutes for Health Research. 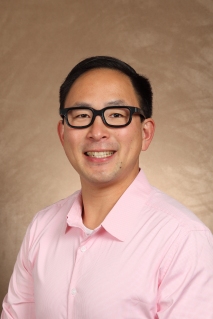 Eric Hsu is the lead for Data Science at Istuary Innovation group in Vancouver, working on “deep learning” artificial intelligence methods for facial recognition, image classification, and automatic text/video summarization.  His commercial experience encompasses a diversity of settings (government research labs, small startups, and giant corporations), in the U.S. and in Canada.  He holds a Bachelor’s degree in Computer Science and Philosophy from Harvard University, and completed his Master’s and Doctoral programs in Computer Science at Stanford University and University of Toronto, respectively.